Bristol has long been established as a major centre of TV and film production. Home to BBC Bristol and the world-renowned BBC Natural History Unit, Academy Award-winning Aardman Animations and the largest studios facility in the west of England, The Bottle Yard Studios, production is a major contributor to Bristol’s creative industries. In 2017 Bristol was named UNESCO City of Film because of the strength of the city’s moving image culture and industry. The city boasts a strong, skilled-pool of locally-based crew and facilities companies, which includes award-winning freelancers, production and post-production companies. For more information see our database of local crew.

Not only is Bristol located within easy reach of cities like London, Cardiff, Bath, Gloucester, and Birmingham, it is also close to the counties of the South West. Flexible space on offer at The Bottle Yard Studios makes it an ideal base for productions looking for alternative office and build space which is competitively priced.

Bristol’s dynamic history and culture has contributed to its vibrant character; from the sweeping Georgian terraces of Clifton to the colourful street art of Stokes Croft and Southville, from the majestic views of Clifton Suspension Bridge and Avon Gorge to the picturesque historic harbour, from its urban high-rises to its stunning city-scapes – Bristol has locations to suit any script. With more than the average number of landmarks to show off, this versatile city has doubled for several locations around the world and beyond – London, Marseille, Jersey, Ireland and Mars, to name a few.

Find out more about Bristol’s filming locations HERE or search our Locations Database.

Bristol Film Office has been supporting productions working in the city since 2003 and we are proud to have the endorsement of Producers, Writers, Location Managers and leading actors and actresses that have chosen to work in Bristol.

Jack Thorne, Bristol’s Five-Time BAFTA-Winning Screenwriter : Kiri: “Bristol is my home city, so I’m biased, but I think it’s the most fascinating city in the country. There’s always something to do and experience; from the incredible outdoor spaces to the People’s Republic of Stokes Croft; from the brilliant Bristol Old Vic to the amazing carnival. I’m so proud it’s got this new City of Film status, it’s a place where stories should be told.”

Sarah Lancashire, BAFTA and RTS Award-Winning Actress and star of Kiri:  “We filmed all of the exteriors [in Bristol]. It’s Miriam’s patch. It’s fantastic, vibrant, really colourful, really edgy, completely non-conformist, which is very much who she is. They sort of complement one another… it was a really good place to film.”

Stephen Mangan, Star of Dirk Gently and Bliss : “I love Bristol. We shot Dirk Gently in Bristol, and it is a nice mixture of the gritty and the seedy. It’s got a life. Bristol’s past has given it a liveliness which I really enjoy.”

Paula Mazur, Producer, The Guernsey Literary and Potato Peel Pie Society: “Bristol has a fantastic, dockside museum, which has been beautifully preserved. It has enabled us to transform the exterior to represent Weymouth Docks in 1946. We’re grateful for the support of the Bristol Film Office in helping us bring our scenes here to life.”

Read more of our testimonials HERE 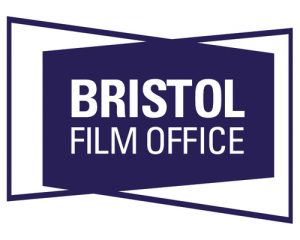