The Bottle Yard Studios is the largest dedicated film and TV studio facility in the West of England, complete with eight stages, giant green screen, workshops, production offices and a range of other production areas. A creative hub of around 25 on-site businesses deliver a host of specialist services including creative, digital, technical and audio/visual expertise, grips, transport, structural, fire and safety assistance.

Conveniently located on the edge of the city, the Studios offer easy access to the M4 corridor and excellent domestic and international links.

A Bristol City Council initiative, the Studios are run by a team with professional backgrounds in the industry, who work in close partnership with Bristol Film Office. A two-year Film and Television Extended Level 3 Diploma course for 16-19 year olds, is delivered by boomsatsuma at the Studios in an on-site classroom. This is free for 16-18 year olds (studio fees of £150 apply, bursaries are also available). 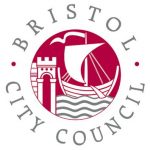